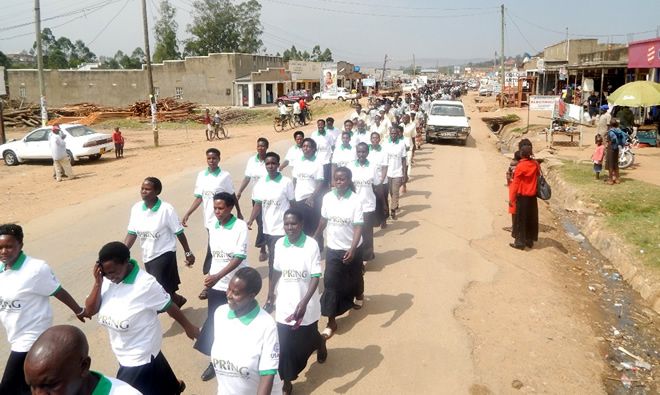 In Uganda, SPRING joined other nutrition stakeholders in the country to celebrate World Breastfeeding Week (WBW) from 1st -7th August 2015. The World Alliance for Breastfeeding Action (WABA) started WBW in 1992 with the vision of a world where breastfeeding is the cultural norm.

This year’s theme—“Breastfeeding and Work: Let’s make it work!”—revisits the 1993 WBW campaign on the Mother-Friendly Workplace Initiative. As stated by WABA, “Whether a woman is working in the formal, non-formal or home setting, she needs to feel sufficiently empowered to claim the right to breastfeed on behalf of both herself and her baby.”

In Ntungamo, the District Health Officer, Dr. Richard Bakamuturaki, called upon all mothers to breastfeed their babies for at least six months: "If all babies and young children were breastfed exclusively for their first six months of life, the lives of about one million children under five could be saved globally each year, he noted.”

The Ntungamo District Nutritionist, Ms. Nadith Ampumuza, emphasized the importance of breastfeeding to mothers by noting that breastfeeding is the best way to provide infants with the nutrients they need. She further stated that the World Health Organization (WHO) recommends exclusive breastfeeding starting within one hour after birth until a baby is six months old. Nutritious complementary foods should then be added while continuing to breastfeed for up to two years or beyond.

Mr. Katuntu David, SPRING Uganda Regional Coordinator, informed the gathering at Ntungamo that naturally every parent wants the very best for his or her child's health. He noted that SPRING has been working with the district since 2013 to help women get the right information and provide the support they need to start or continue breastfeeding.

During the commemoration day celebration in Namutumba, the Residence District Commissioner, Mr. David Sempa, called upon managers at all levels to promote the breastfeeding policy at the workplace. He further called for establishment of a breastfeeding area at work: “By establishing these corners, mothers will be encouraged to come with their children and caretakers.”

In Kisoro, during the commemoration day, participants walked and danced through Kisoro with a marching band, disseminating and displaying nutrition messages. Some people joined in the dancing, while others asked questions about breastfeeding’s importance and best practices.

Commemoration activities across the 3 districts attracted over 1,000 participants, mainly from the health sector, communities, and district officials.

Promotion of breastfeeding is part of SPRING/Uganda’s overarching vision to deliver nutrition services that improve the health status of mothers and children. 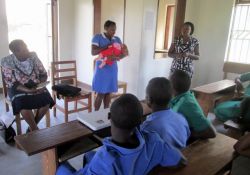 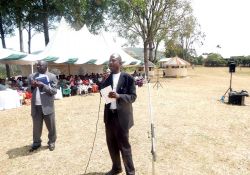 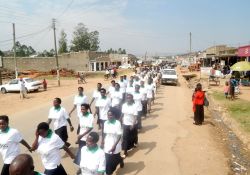 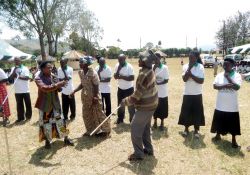 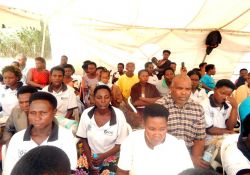