Couples as Champions for Gender Equality

Learning and Recommendations from SPRING in Senegal 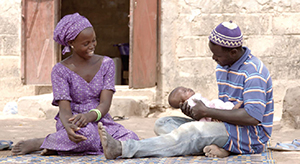 Characteristics of a gender champion couple

What Is a Gender Champion Approach?

Transforming sociocultural beliefs around gender roles is critical to better nutrition outcomes. As part of SPRING’s social and behavior change communication (SBCC) strategy, we piloted the Gender Champion Approach, which aims to increase men and women’s partnership within the household in order to improve nutrition outcomes. We did this by encouraging women’s participation in household financial and nutrition-related decision making, as well as men’s involvement in nutrition- and hygiene-related tasks. The Gender Champion Approach identifies men who are already well known in their communities for performing desired gender-equitable practices and equips them with the knowledge and tools to become advocates for gender equality. As they take on this role, the champion couples become recognized as leaders and begin to influence others to follow their example, ultimately improving nutrition outcomes in their communities.

Our Gender Champion Approach in Senegal focused on encouraging male-female partnership for improving nutrition, but this approach could be used for many types of programs.

What Are the Benefits of the Gender Champion Approach?

Our partner-based implementation strategy allowed us to work through local organizations and farmer networks that were already familiar with local communities. We trained partners on gender equity and then invited these partners to identify potential individuals within their communities who could be gender champions. Partners interviewed community members to find men who were already practicing desired behaviors. They also approached potential champions at social mobilization events and trainings on other topics.

In Wolof, the term gooru mbotay means “a man who accompanies women,” or a man who assists his wife. Prior to introducing the Gender Champion Approach, the term was considered derogatory in the target communities. After champion couples were trained and elevated as role models, all of the champions affirmed that they were not embarrassed to be associated with this term. During follow-up interviews, one community member explained, “The gender champion idea is based on building awareness through what we see, and more importantly, by people that we value in the community.”

Transforming a community’s perception of an individual or a couple from outliers to champions whose behavior is worthy of replicating takes time and requires that they have the appropriate tools to be effective. Training champions is a first step toward accomplishing the transformation.

Once individuals agreed to take on the gender champion role, we invited them to participate in a one-day training that addressed gender-related topics such as women’s workload and decision making, as well as topics related to our program, such as maternal and child nutrition and nutrition- sensitive agriculture. In addition to the champions, training participants included staff from our partners who supported other SBCC activities. This diverse group was important in showing champions the broader relevance of their role.

Couples do not need to master all topics during the training, but should acquire a broad understanding of why gender-sensitive actions are important and how they impact nutrition outcomes.

Objectives of gender champion trainings may include:

The major obstacles to greater uptake of good gender practices were a lack of information, but also existing social norms. Many men expressed a desire to help their wives with domestic tasks, but worried about their neighbors’ opinion of them, since Senegalese society associates household tasks with women. This perception was greatly affected by the champion strategy.

Before, people associated the idea of gender with giving more power to women to the detriment of men, but after the workshop, we understood that gender equity is more about making the relationship between men and women more equal.
-Yankhoba Cissé, President of the Yakhanal Network, a SPRING partner

Following the trainings, it is important to reinforce the idea that the selected couples are leaders and to encourage their mission of promoting good gender practices. We did this in two ways.

First, we provided opportunities for communities to witness champions being recognized for their behaviors. Champions were publicly recognized during our community mobilization events, and a video starring several gender champions was disseminated across target villages. We also ensured that champion couples were invited to participate in our ongoing activities such as home visits and community events. The champions spoke to audiences about their behaviors and the positive effects of these, especially better health, higher income (from women having more time to pursue income-generating activities), and greater peace in the household.

We also encouraged champions to come up with their own ideas for approaches to promoting good practices with their peers, based on what they knew of their peers and communities. In Senegal, these included conversation with neighbors, in religious groups, and during social gatherings and public events. During these gatherings and events, we provided staff or materials, such as T-shirts, that supported and validated the couples’ activities. 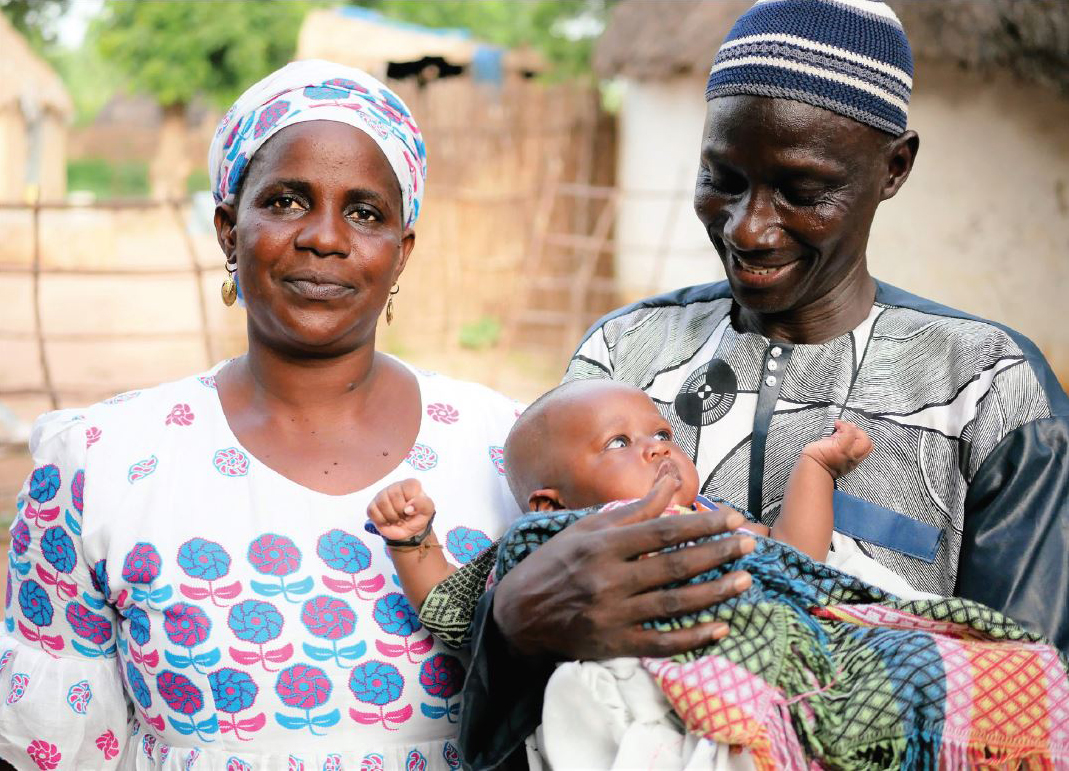 Before, there were some men who helped their wives with household tasks, but they did it in secret because they didn’t want the neighbors or their family members to see them. But ever since people started hearing about champions, these men don’t feel embarrassed when they go fetch water or wood, or help clean the house. Plus, even those who didn’t used to do these things have started imitating the champions. It’s really a wonderful thing, especially for us women.
-Arame Wilane, wife from Koungheul

In the field of sociology, a tipping point is a point in time when a group—or a large number of group members—rapidly and dramatically changes behavior by widely adopting a previously rare practice. Our Gender Champion Approach was greatly appreciated by communities in Senegal, and showed how small actions by one individual can influence the actions of others within a group, holding the potential to influence further individuals, and eventually affect the entire community.

This approach is a promising step in changing perceptions of gender roles in a culturally sensitive and socially acceptable manner. It is exciting to think of the possibilities for sustainable change if the approach were taken to scale.

We learned during the pilot intervention among a few villages in Senegal that people were receptive to discussion of gender roles, and the possibility of challenging traditional norms, particularly when the desired behavior was modeled by key influencers, who were publicly recognized and lauded as “champions.” As more and more circles of people, and communities, choose to emulate these champions and embrace gender- sensitive practices, reaching a tipping point in society is entirely possible.

The Tipping Point: How Little Things Can Make a Big Difference

In the same way as a virus can spread rapidly through a population, so too can behavioral change, particularly within a group. For instance, a small action by one individual within a crowd can influence the actions of other individuals within the crowd, and so on, until the behavior becomes widespread. Thus, small, initial changes have the potential to make significant differences overall.
-Malcom Gladwell, author of The Tipping Point