Download:
This document is part of an occasional series produced by SPRING staff and consultants on topics of relevance to practitioners in global nutrition. As "Working Papers," we especially welcome feedback from readers who would like to share their perspectives based on related experience. To provide feedback, please send us an email .

SPRING has drawn from various definitions of scale-up in development-related literature to draft a definition that captures its key elements. This proposed definition is intended to lay out the main principles that SPRING believes are essential for effective, wide-scale nutrition program implementation, as well as a starting point for discussions on how to measure the effectiveness of scale-up efforts, short of impact assessment.

This is a working paper to inform and serve as a basis of conversation. As SPRING continues its scale-up-related work, this definition may be updated. 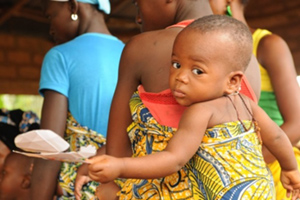 Recent years have seen the proliferation of evidence on strategies for combating malnutrition, and with it a call to action to implement these interventions on a broad scale. The Lancet’s Maternal and Child Undernutrition Series in 2008, for example, called for 99 percent coverage of eight core interventions for children and pregnant women in countries with high burdens of undernutrition (Bhutta et al. 2008); the 2013 update of the series recommended ten interventions at 90 percent coverage (Bhutta et al. 2013). Moreover, a number of initiatives have been launched to assist the scale-up of such nutrition strategies, including the Scaling Up Nutrition (SUN) Movement. Currently 50 countries have signed on to the core SUN principle of multisectoral commitment to increasing coverage of nutrition-improving interventions (SUN 2014).

This nascent movement presents an exciting opportunity for high-level nutrition advocates, program implementers, and policymakers; at the same time, examples of scaling up a unified strategy to effectively combat malnutrition are rare, and it is unclear what exactly the scaling-up process should take into account. Because of this, there is a need to define scale-up not merely in terms of expanding intervention coverage, but also the dimensions needed to achieve that coverage. SPRING has drawn from various definitions of scale-up in the development literature1 to draft a definition that can capture key elements in scale-up. This proposed definition is intended to lay out the key principles SPRING believes are essential for effective, wide-scale nutrition program implementation, as well as a starting point for discussions on how to measure the effectiveness of scale-up efforts, short of impact assessment..

A process of expanding nutrition interventions with proven efficacy to more people over a wider geographic area that maintains high levels of quality, equity, and sustainability through multisectoral involvement. 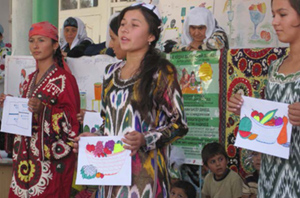 This proposed definition lays out key principles for effective, wide-scale nutrition program implementation, as well as a measurement of the effectiveness of scale-up efforts. We provide a rationale and an explanation of select components below that we consider essential to defining and measuring scale-up efforts.: 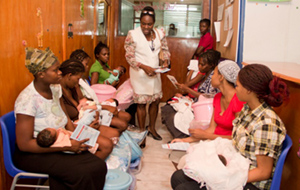 Aside from the components described above, SPRING also identified three different types of scale-up discussed in the literature. These types can be implemented separately or jointly, depending on need and circumstance. However, effective and sustainable scale-up of programming will likely require all three types of scale-up, which include: 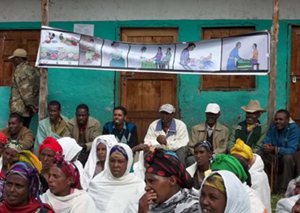 Concurrent with Hartmann and Linn’s example and the SUN Movement’s emphasis, SPRING believes that multisectoral involvement is especially salient for nutrition program scale-up and impact. Though multisectoral is not a component that is widely discussed in the literature, SPRING felt its important role in functional scale-up necessitated its inclusion into the draft definition with the other key components.

It is important to note that although these requirements of scale-up are presented individually, in reality they are closely interconnected and dependent on one another. Maintaining high-quality services and programming in underserved areas, for example, is essential for promoting equitable outcomes in nutrition. Moreover, individual programmatic decisions, such as selecting delivery mechanisms and developing financial plans, impact several of these areas at once. Finally, these features of effective scale-up likely share similar enabling factors, such as strong country leadership and managerial capacity and robust monitoring and evaluation systems. Figure 1 lays out the components and types of scale-up described above. 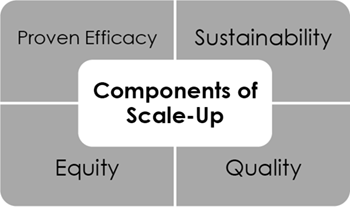 Table 1. Definitions of Scale-Up in the Development Literature, and Included Characteristics

1 A supporting literature review was conducted for articles in the published and gray literature focused on defining scale-up. The review included searches in Google, Google Scholar, and PubMed using the following key words: scale OR scaling AND up; plus one of the following: nutrition, health, agriculture, development. Documents that did not explicitly define scale-up and devote significant space to explaining the definition were cut due to the large number of resulting articles on scale-up generally. In addition, two projects highly experienced in scale-up of programs in the health sector, MEASURE Evaluation and MCHIP, were included.

World Health Organization (WHO) and ExpandNet. 2009. Practical Guidance for Scaling Up Health Service Innovations (link is external). Geneva: WHO.