Promoting Compliance to Iron–Folic Acid Intake in Pregnant Women in Uganda: Prioritizing the Myriad of Factors 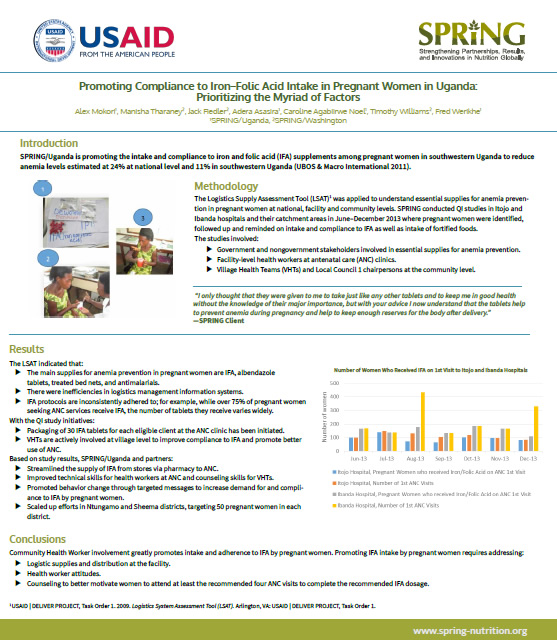 Methodology: The Logistics Supply Assessment Tool (LSAT)1 was applied to understand essential supplies for anemia prevention in pregnant women at national, facility and community levels. SPRING conducted QI studies in Itojo and Ibanda hospitals and their catchment areas in June–December 2013 where pregnant women were identified, followed up and reminded on intake and compliance to IFA as well as intake of fortified foods.

Results: The LSAT indicated that:

With the QI study initiatives:

Based on study results, SPRING/Uganda and partners: