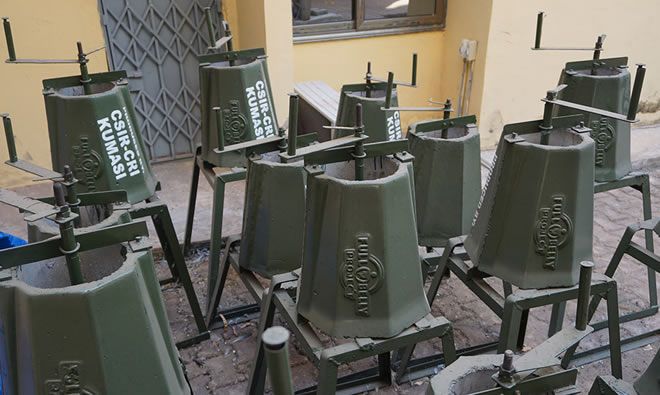 We are particularly focused on reducing aflatoxin contamination of groundnuts to increase the yield of nutritious nuts. Aflatoxins are a fungus found worldwide and affect groundnut, maize, cassava, pearl millet, and other crops. They have a cumulative effect on humans and animals, particularly increasing the risk of liver cancer. Because aflatoxins are associated with environmental enteric disorder (EED), which affects nutrient absorption, SPRING believes that by lowering aflatoxin levels, we can have an impact on stunting, which primarily affects the growth of children under age two. The Aspergillus fluvus and Aspergilus parasiticus varieties appear as a green fungus, visibly affecting the marketability of contaminated nuts and also affecting their flavor, although low but still harmful levels of the toxins may not be visible.

SPRING uses the well-known farmer field school (FFS) approach to train groundnut farmers, focusing on women who are pregnant, lactating, and have children under age two — i.e., 1,000-day households. By following the good agronomic practices taught in FFS, 1,000-day households can benefit from increased yields of nuts of higher quality that are planted, harvested, and stored using methods that reduce the likelihood of aflatoxin contamination.

A time-consuming part of growing groundnuts is shelling the nuts. This is normally done by women, usually by hand-shelling. The Full Belly Project estimates that it takes 5 people 50 hours to shell 45 kilos (~100 pounds) of groundnuts by hand. The universal nut sheller, like the one pictured in the gallery, can do the same in one hour, affording women more time for other activities. The use of a sheller also reduces the number of broken or crushed nuts, which are more susceptible to aflatoxin contamination during storage.

SPRING has procured 120 shellers and has trained Agriculture Extension Agents (AEA) from the Ministry of Food and Agriculture in their use. We are distributing them to communities we worked with in 2016 as a demonstration of their added value. At about $80-$100 USD each, we hope that 1,000-day households and their communities will invest their own funds in purchasing additional shellers, saving labor and resulting in household consumption of high-quality groundnuts. 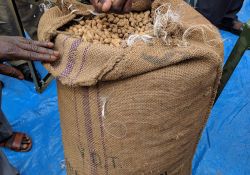 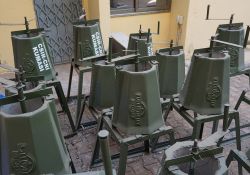 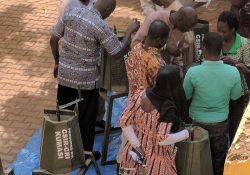