How Much Do Neglected Tropical Diseases Contribute to Anemia? 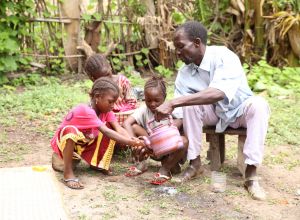 Neglected tropical diseases (NTDs) are communicable diseases affecting more than one billion people globally. They pose a significant health burden to vulnerable populations, particularly children and pregnant women living in poverty in developing countries. Schistosomiasis and soil-transmitted helminthiasis (e.g. from hookworm) are two NTDs known to contribute to malnutrition and anemia. Schistosomiasis leads to 200,000 deaths yearly, making it the second leading parasitic killer after malaria; both parasites cause anemia of inflammation. Hookworm affects an estimated 740 million people and is thought to be a leading cause of the iron deficiency believed to cause much of the world’s anemia.

Control and reduction of these diseases are improving, but more multi-sectoral, integrated efforts are needed to eliminate them. In addition to the health sector, schools (hookworm was associated with a 23% drop in school attendance), agriculture, and economic development have roles to play.

During this webinar, Dr. Yaobi Zhang presented HKI’s experience addressing and building evidence around NTD control and elimination. The conversation was aimed to help attendees understand the linkages between NTDs and anemia, and to consider what their programs can be doing to address NTDs and involve their peers from other sectors. 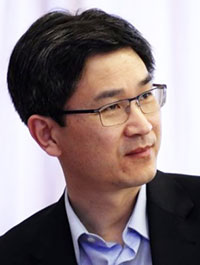 Dr Yaobi Zhang is Senior Scientific Advisor, Neglected Tropical Diseases (NTDs), Africa at Helen Keller International (HKI). He provides technical oversight for HKI’s NTD programs in Africa and frequently travels to the program countries to support the national integrated control/elimination programs on lymphatic filariasis, onchocerciasis, schistosomiasis, soil-transmitted helminths and trachoma. Yaobi is currently the vice Chair of the NGDO Coordination Group for STH/Schistosomiasis and a member of the Executive committee of the NTD NGDO Network. He is a member of the Steering Committee of Expanded Special Project for Elimination of NTDs (ESPEN) in Africa. Yaobi has a medical degree from Anhui Medical University, China and a PhD from the London School of Hygiene and Tropical Medicine, UK. He has 30 years of experience in the research and control/elimination of NTDs.