The Impact of Water, Sanitation, and Hygiene on Nutrition

Over 155 million children around the world are affected by stunting.

And 892 million people practice open defecation, meaning they have no sanitation facilities at all.

Improving nutrition requires far more than improving the quality and quantity of food. We must also break the cycles of environmental contamination and disease that stem from dirty water, inadequate sanitation, and poor hygiene.

But diarrheal disease also has a less obvious but significant impact a child's health and long-term well-being: poor nutrition. Diarrhea accounts for up to 25 percent of stunting in children under two.

Exposure to fecal pathogens may also partially explain environmental enteric dysfunction (EED), a chronic disorder of the gut that reduces absorption of nutrients and causes causing the immune system to become chronically activated. In addition, intestinal parasites, endemic in many regions with chronic malnutrition, also contribute to stunted growth and cognitive development.

Through partnerships, building on what works, and innovation, SPRING leverages WASH to improve nutrition.

Good nutrition is a multi-sectoral objective, and partnerships are essential to across diverse sectors in any given country. Whether we partner with governments or NGOs, our goal is to capitalize on our collective strengths and solve the big challenges together.

Building on what works »

SPRING builds on what works when integrating WASH into our programs. We know certain nutrition-sensitive practices can prevent diarrheal disease and malnutrition during the first 1,000 days between pregnancy and a child's second birthday. Our goal is to build on these interventions with WASH and nutrition practices that can save lives and enhance well-being.

Promoting safe water and clean environments at home, on the farm, and in the community is especially important. SPRING programs are unconventional in that they take a holistic view of how WASH impacts child nutrition through what we call the WASH 1,000 approach. 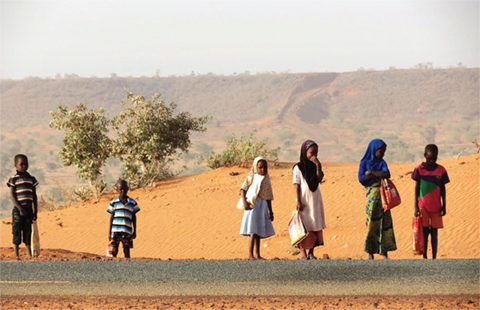 SPRING works with Digital Green in communities around the world to help them create their own videos to inspire behavior change. In Niger, we partnered to develop community focused improve agricultural practices but quickly realized that the videos could also promote better hygiene practices. With the success of our one-year pilot, we are scaling the videos across Niger and in nearby Burkina Faso. 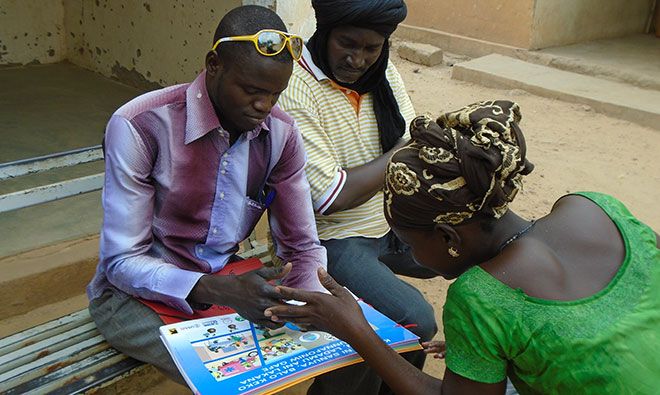 We contributed to another USAID initiative, WASHPlus, by participating in workshops to refine the Essential Nutrition Actions (ENA) and Essential Hygiene Actions (EHA) framework. By offering our experiences and closely monitoring the current evidence, we helped to produce standardized guidelines for use in USAID's global nutrition programming. 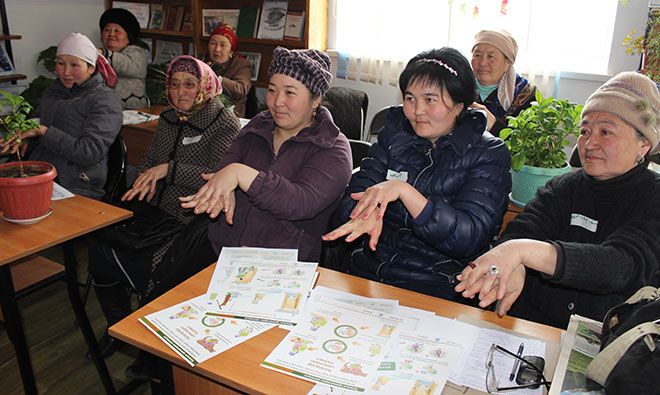 Working with governments helps ensure sustainability and achieve greater reach. In the Kyrgyz Republic, SPRING chairs a Deworming Working Group with the Ministry of Health, updating and strengthening national strategies and plans, including a new clinical protocol for deworming and helminth infection prevention.

Building on what works

Through SPRING's Farmer Nutrition Schools, Bangladeshis learned to improve vegetable yields and raise chickens and to improve their health and nutrition through better hygiene practices. By promoting simple and low-cost technology that we know works–like Tippy Taps–we have significantly improved handwashing practices. (INFOGRAPH)

Our community-led total sanitation (CLTS) activities have helped villages around the world to become free from open defecation and reduce outbreaks of diarrheal disease. After customizing the CLTS approach for health workers, facility providers, and volunteers in Mali, we certified 20 villages as "open defecation free" in just 15 months. 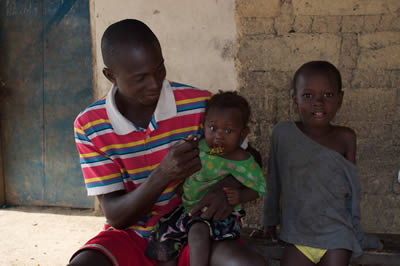 When we engage households directly in our programs, we know it leads to more robust, sustainable outcomes. That is why in Sierra Leone we encouraged SPRING families to adopt the WASH and nutrition behaviors that worked best for them in their households. The results of this research formed the basis of SPRING's behavior change guide for WASH and nutrition in Sierra Leone. 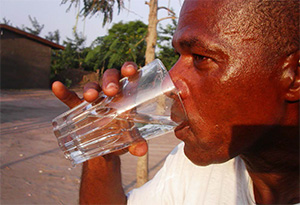 In most poor households, a single water source is used for human consumption as well as for other purposes, such as watering livestock and home gardens. This can cause problems with water quality and pose environmental and health risks. Our global review of activities using multiple-use water services identified some key ways to make water systems more nutrition-sensitive. 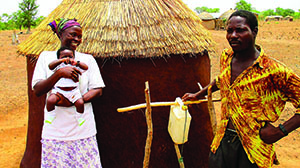 Through our WASH 1,000 approach, SPRING worked alongside communities train over 1,400 natural leaders and,700 water and sanitation committee members. The result? Over 8,700 new latrines and 12,000 handwashing stations were established and more than 200 communities were certified as having stopped open defecation. 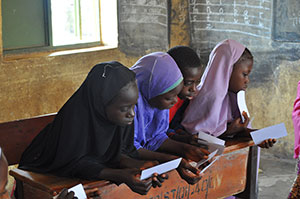 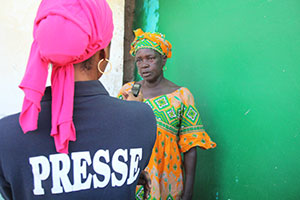 SPRING harnessed the power of innovative community media to improve maternal, infant, and young child nutrition and hygiene practices in Senegal. We turned the performances and demonstrations during traditional community days into local radio spots that incorporated key handwashing messages. The resulting radio program extended our reach to a much wider audience.

Drawing on lessons learned from our work in Nigeria and Bangladesh, we incorporated hygiene messages into our job aids in the Kyrgyz Republic so that all SPRING households better understand the importance of these behaviors to avoid disease. SPRING also promoted handwashing and hygiene through social media (Facebook and YouTube) and through national and regional television stations.

SPRING hopes that new ideas and approaches to using WASH principles will help to end malnutrition by: 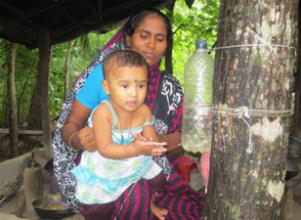