Promoting and enabling diverse diets among children is key to stopping the vicious circle of malnutrition and disease.

Malnutrition has devastating consequences for many of the world's poor—especially children, who do not get enough or the right mix of food for optimal physical and cognitive development.

Because diets depend on many different factors, SPRING takes a multi-sectoral approach to improve dietary diversity during the first 1,000 days—from conception to age 2. In addition, by focusing on food systems, our programs understand and influence the decisions that families make about producing, purchasing, and consuming foods.

But we don't stop at the household. SPRING also helps to make agricultural value chains more nutrition-sensitive, ensuring the availability of diverse foods in local markets and enabling families to make healthy choices.

While our programs around the world are evidence-based, we're also committed to experimenting with new, innovative approaches. Our collaboration with local partners is critical to identify, test, and scale up new approaches to improve nutrition.

Without high-quality, diverse foods to grow or buy, families are unable to diversify their diets and improve their nutrition. SPRING identifies the gaps in the food and agriculture market and supports partners in filling them to improve dietary diversity. 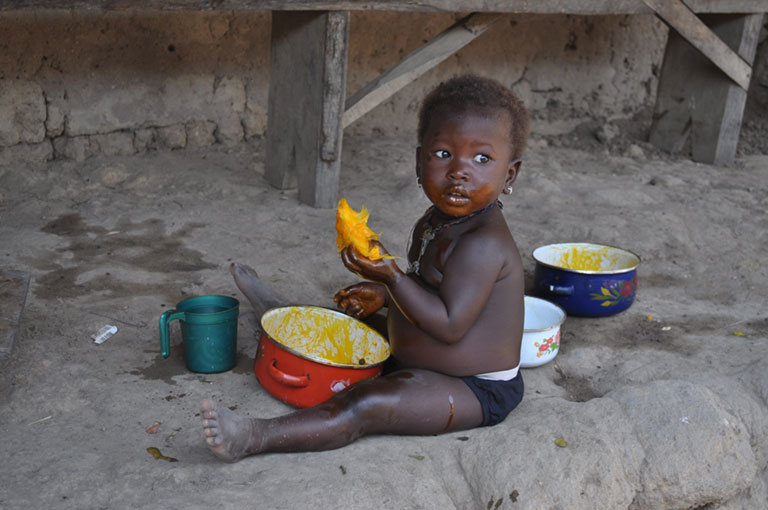 After analyzing the agriculture value chain, we encouraged greater production of fish and pumpkins, increasing the availability of foods rich in protein and vitamin A. 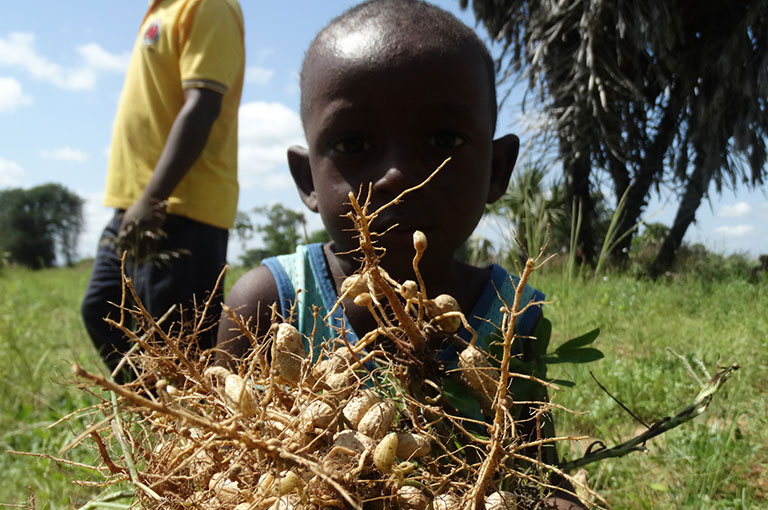 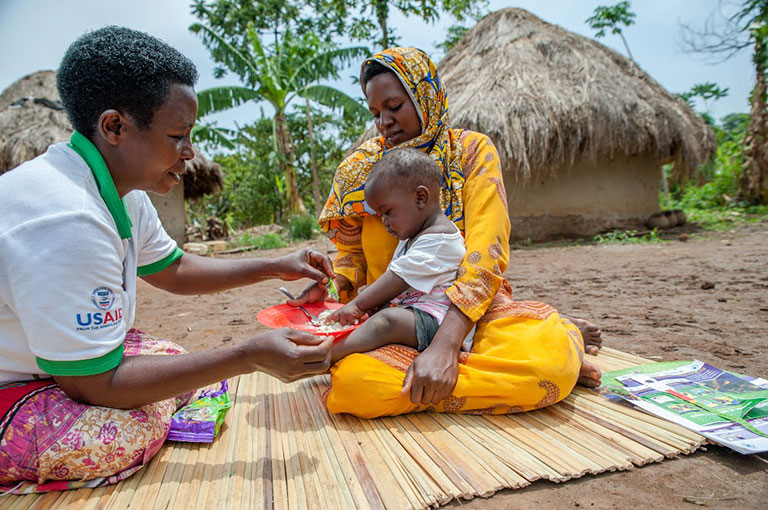 Strengthening local capacity to fortify essential foods, like wheat, maize, and oils substantially improved dietary diversity, in partnership with the national government and the private sector.

Having healthy, nutritious food available is just the first step; people must then choose to purchase it. This requires changing behaviors and mindsets—a skill SPRING builds together with local partners. 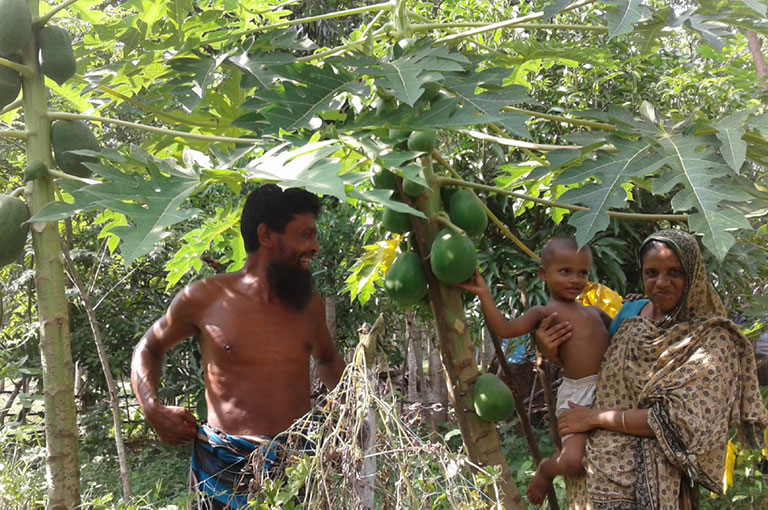 When we learned that men do most of the food shopping for their families, we recommended that they join our Farmer Nutrition Schools, which had been successful in helping women learn how and why to modify their food production and child feeding behaviors. 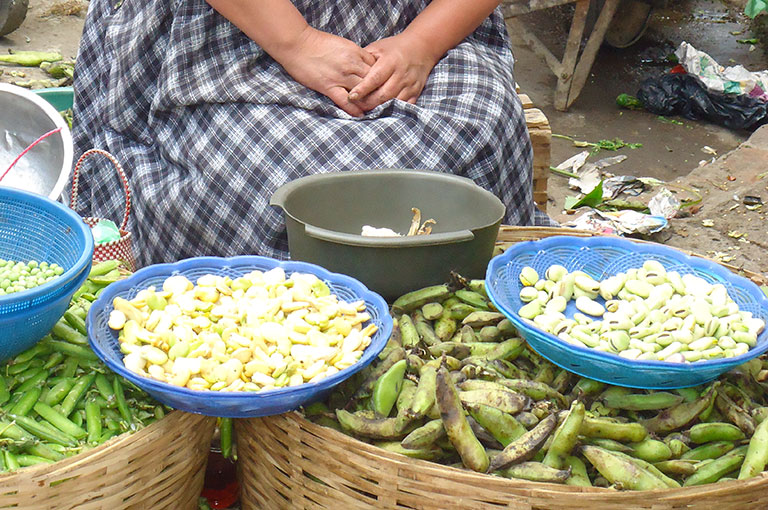 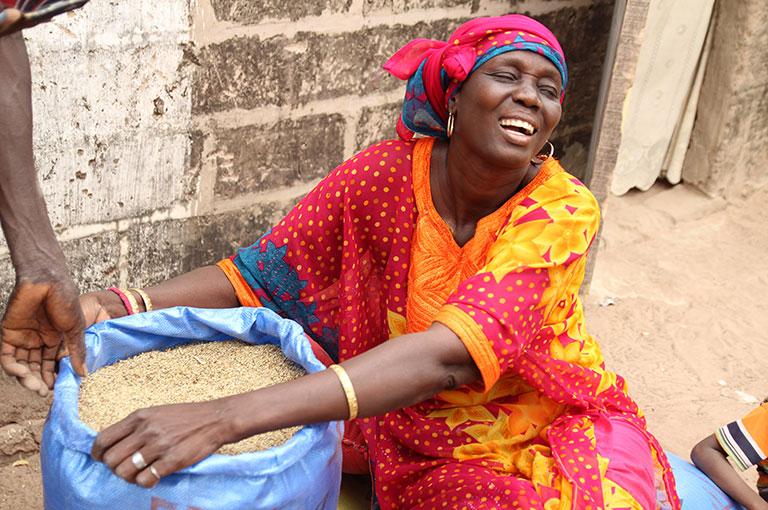 Many households grow cereals, which alone are not enough for a diverse diet. We worked with cereal producer organizations and agricultural extension workers to encourage households to sell a portion of their cereals and then invest the income in more nutrient-rich foods.

What people eat is influenced by their sociocultural and physical environment. One of the best ways to encourage households to eat more diverse foods is by appealing to them on personal and emotional levels. Community videos and cookbooks are some ways that SPRING inspires people to embrace more diverse diets for themselves and their families. 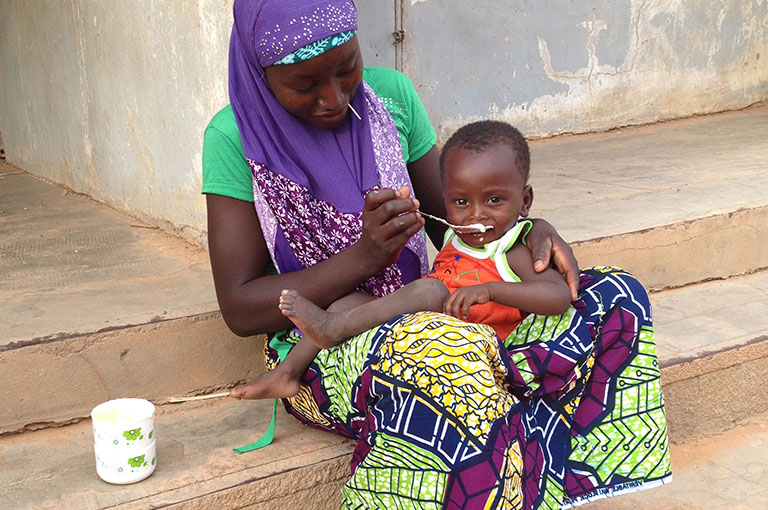 We introduced community videos featuring people from the target community overcoming barriers to good nutrition that had been uncovered during formative research. When audiences saw one video in which their neighbors mixed in dried, powdered fish and dried moringa to fortify their baby’s food, they expressed strong motivation to use these practices as well. 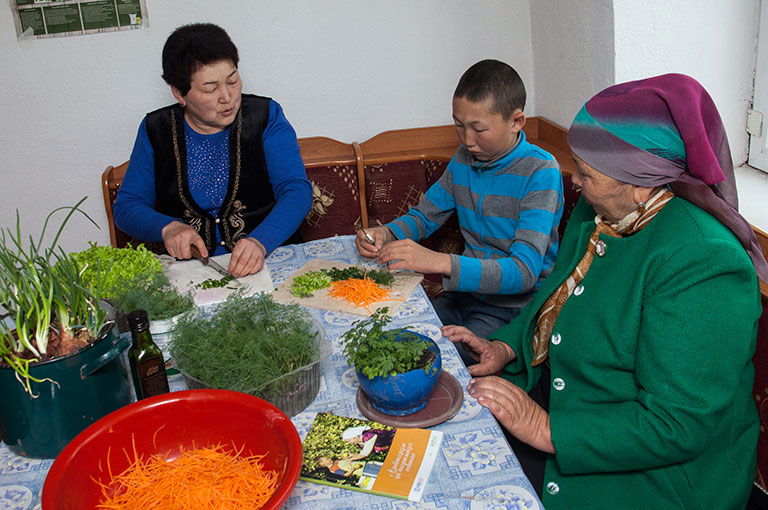 Together with local nutritionists, we produced a cookbook to encourage greater dietary diversity by suggesting new ways to use readily available healthy ingredients in regional cuisines. The cookbook was accompanied by a guide on food safety and storage over the winter when availability is limited. 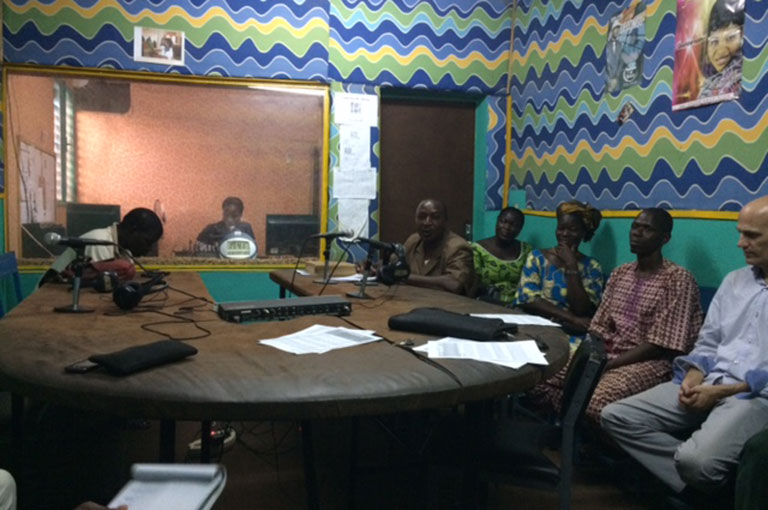 Listening to the radio is a widespread pastime and source of information, so we partnered with local radio stations to produce engaging programming on why and how to diversify diets for babies and for pregnant and lactating women.

SPRING pioneered the Farmer Nutrition School approach to reach mothers and children in the first 1,000 days in 40 upazilas of Barisal and Khulna Divisions along the coast of southern Bangladesh. In USAID Feed the Future zones of influence, women in the two poorest wealth quintiles were invited to enroll in the program. These women learned about improved poultry rearing and aquaculture practices as well as household gardening with a wider variety of vegetables. Participants also learned about the importance of essential nutrition and hygiene actions. After nine months of participating in the FNS, participants experienced an increase in the mean number of chickens owned by more than two, and the type of fish farmed increased by one. SPRING also observed that the mean number of vegetable varieties increased by more than two. As a result, dietary diversity increased as well—

The percentage of each of 7 food groups consumed by 6-11 month-old babies increased significantly with the greatest increases seen in legumes and nuts, vitamin-A rich vegetables, and fruits and eggs. Consumption of flesh foods increased by 22 percentage points.

In phase I of the FNS program, 23% of infants 6-11 months consumed 4+ food groups (WHO recommended minimum dietary diversity). By the end of phase II, after nine months of participating in FNS, mothers were feeding 79% of infants 4+ food groups. 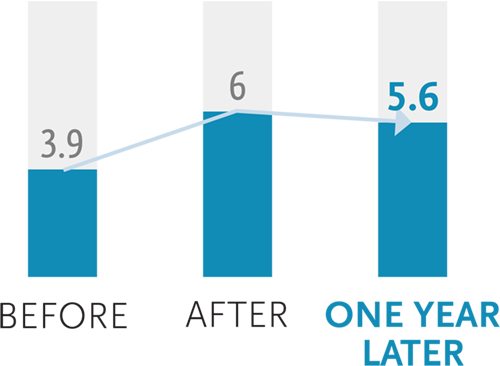 *Minimum food diversity is when 5+ food groups are consumed.

In phase I of the FNS program, 29% of mothers consumed 5+ food groups. This rate increased to 83% by the end of phase II.

Food systems and culture are complex and ever changing, so we’re SPRINGing forward with new ideas and approaches to improve dietary diversity, including:

Scaling up comprehensive approaches based on evidence from assessments of food systems and dietary practices.

Conducting barrier analyses to examine specific beliefs and choices for dietary practices throughout the value chain.

Evaluating the impact of dietary diversity on nutritional status. We need to better understand and measure the pathway between a diverse diet and good nutrition.

Incorporating systems thinking that considers the big picture, accounting for policy and governance throughout program design, implementation, and evaluation.